November 20-21, 2009, we observed Gustave Koerner’s 200th birthday. It was also a family reunion for Koerner-Engelmann descendants. Koerner Rombauer, founder of Rombauer Vineyards of St. Helena, California, and his family attended the dinner at Bellecourt Place in downtown Belleville. A special Koerner House cake was one of the highlights of the evening. 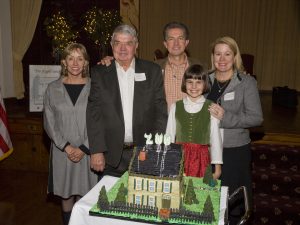 Sam Adams came from Boston and presented a silver plated tray to Belleville Mayor Mark Eckert, a strong supporter of Koerner House. The tray was a gift from the Queen of Spain, acknowledging Gustave Koerner’s service as Envoy Extraordinary and Minister Plenipotentiary, the formal title for Ambassador to Spain, 1862-64. 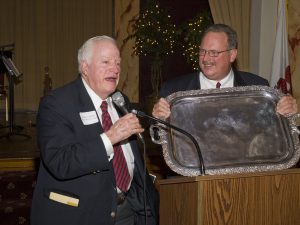 Gustave Koerner’s fencing sword from his university days was displayed by Andrew Cooperman. 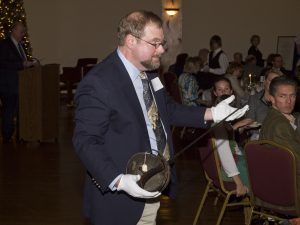 Part of the entertainment was a fencing demonstration put on by members of the Boy Scouts of America. 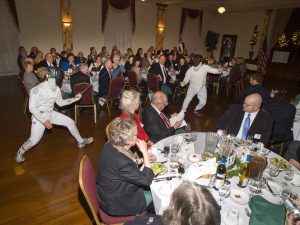 Wolfgang Stueken, at right, a German researcher who provided exhaustive background on Koerner’s years in his native land, took the birthday party as an occasion to present a special gift to the Koerner House Committee. It was an original copy of a letter from a leading German politician to Gustave Koerner which Wolfgang found in a New York bookstore. 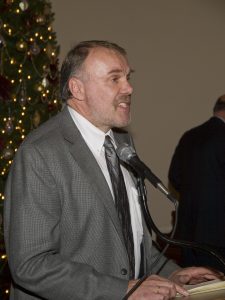 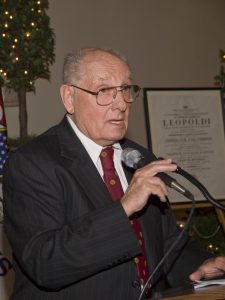 Professor Steven Rowan of the University of Missouri-St. Louis, lower right, who provided research on Koerner’s early years in Illinois, also spoke at the dinner. 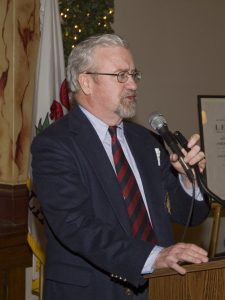 Mary Armstrong of Michigan, a contributor to Koerner family research also attended. Irma Rombauer, who married a grandson of Augusta Koerner, Gustave and Sophie’s daughter, wrote the “Joy of Cooking” cookbook. A Rombauer Vineyards wine bottle, a cookbook and the Koerner House cake made a nice memory of the birthday dinner. 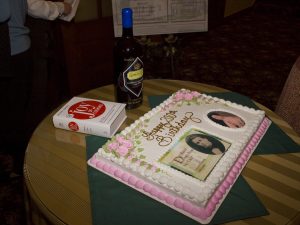 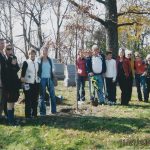 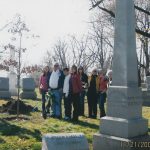